The NRSP Agri Processing Company (NRSP-APCL) and the Naymat Collateral Management Company Limited (NCMCL) have collaborated to issue the first Electronic Warehouse Receipt (EWR) against the rice and paddy stocks stored at the recently accredited NRSP-APCL facility in Hafizabad, Punjab.

The NCMCL is the first collateral management company incorporated under the Collateral Management Company Regulations issued by the Securities and Exchange Commission of Pakistan (SECP) in 2019 after an extensive consultative process involving stakeholders.

The State Bank of Pakistan (SBP) has already made the necessary amendment to the prudential regulations, making the EWR acceptable collateral.

The EWR is Pakistan’s first-of-its-kind digital instrument that gives financial institutions real-time information and access to the farmers who have placed their products in an accredited warehouse, while significantly reducing transaction costs and operational risks for banks.

Its technology platform is also integrated with the Pakistan Mercantile Exchange (PMEX), offering farmers access to a structured secondary market.

The EWR regime is currently focusing on paddy, rice, and maize, and the scope will be broadened and scaled in the near future.

The NRSP-APCL is an unlisted Public Limited Company established in 2016 to invest and promote warehousing and agriculture value chain projects with smallholding farmers. It is a subsidiary of the NRSP with a joint investment of Karandaaz Pakistan. The warehousing facility was established under partial funding by the Financial Innovation Challenge Fund, is managed and run by the UK’s Department for International Development, and is administered by the SBP.

On the issuance of the first electronic warehouse receipt, the Chairman of the NRSP-APCL, Dr. Rashid Bajwa, and the Chairman of the NCMCL, Abrar Hassan, congratulated the management of both the companies and acknowledged the support and contribution of the SECP and the SBP in developing a regulatory framework.

The leadership of both the companies clearly shows that the EWR regime will not only contribute to the financial inclusion of smallholder farmers by securitizing commodities but will also help to eliminate the price anomalies in the agricultural value chain and save the smallholding farmers from the distressed sale of commodities.

With the EWR regime, the farmers can avail of another avenue of formal financing that will eliminate the hassle of conventional passbook lending. 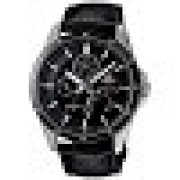 Tip of the day: That man again

Tip of the day: That man again

This widget requries the Arqam Lite Plugin, You can install it from the Theme settings menu > Install Plugins.